Howdens in the community

Every year, our staff go above and beyond to support local causes, clubs and charities. Just as the kitchen is the centre of the home, we position ourselves at the centre of communities in order to help those most in need.

Our approach to charities is aligned to how we do business: locally empowered but at on a national scale.

We believe in supporting big causes, like our partnership with Leonard Cheshire, yet we also understand the importance of local donations to hospices, youth groups and sports clubs. Howdens believes in looking after people, taking responsibility for our actions and giving back to the communities in which we work.

We fulfil this as a company by offering our products, time and money to make a difference to good causes – we donated £3 million in 2018 alone. This philosophy of giving back is also passed onto staff. Wherever they are based, we encourage all of our employees to engage with the world around them. They are given the support, platform and resources necessary to have an effect, allowing them to raise money and awareness. We celebrate employee philanthropic work through our annual Charity Golden Rooster award and are also proud to have been recognised by the Charities Aid Foundation with a Gold award for staff payroll contributions. The acts of kindness our people carry out are too exhaustive to list in full. This small selection gives some insight.

contributed to charities in 2021

EUR worth of kitchen appliances donated by our Belgian depots

Below you will find a selection of our latest video’s

In 2019 our staff have made a real difference to people across the UK by making donations and supporting the local communities in which we work. 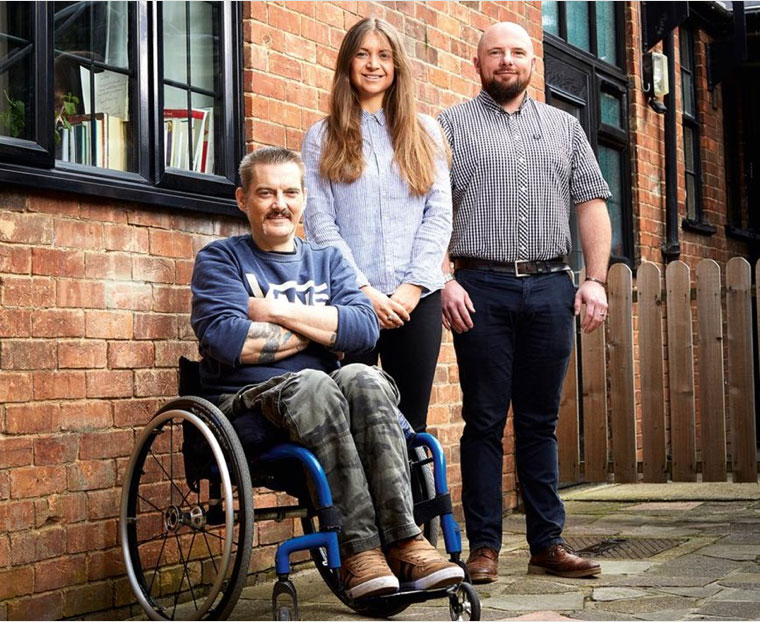 Be it at our depots or our central office, our staff passionately give time and energy to helping charities in their area. Meet the people behind the good deeds and learn more about the often-extraordinary challenges they undertake. 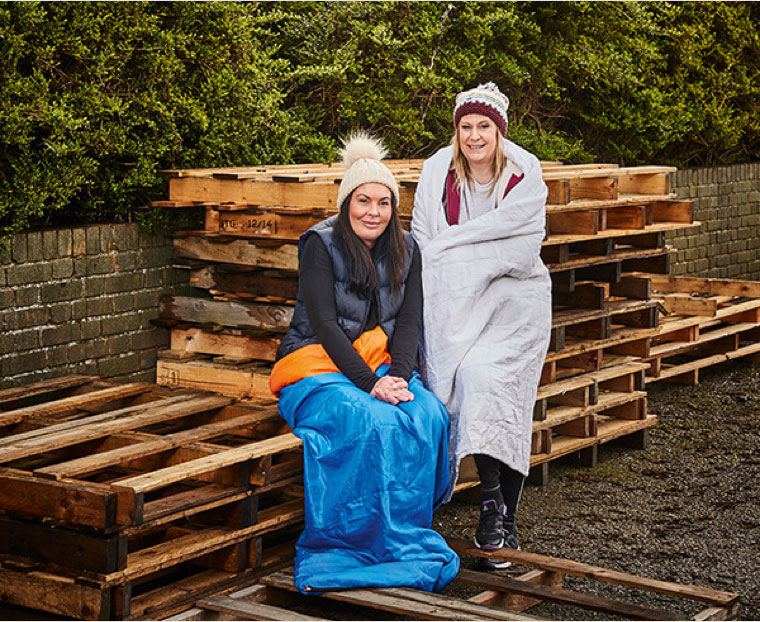 UK-based charity Leonard Cheshire Disability has been our partner for over a decade. During this time, we have designed and provided kitchens for their care homes, and also collaborated to expand their volunteering initiative. Learn more about the relationship and how it continues to evolve. 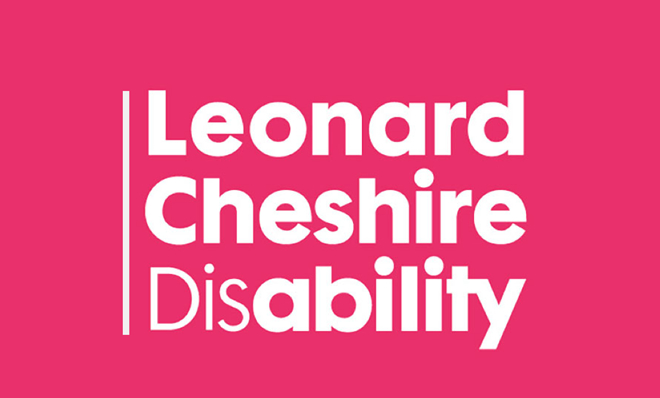 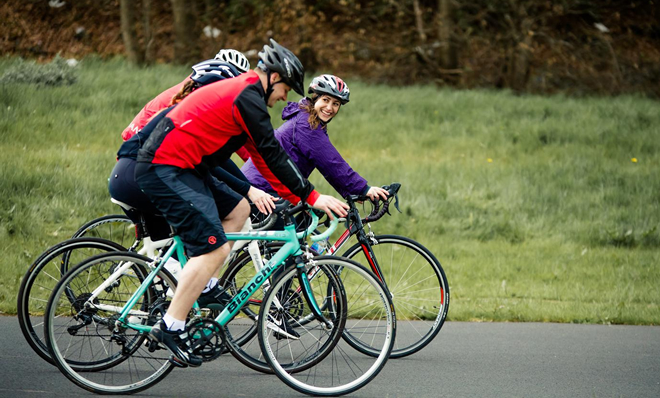 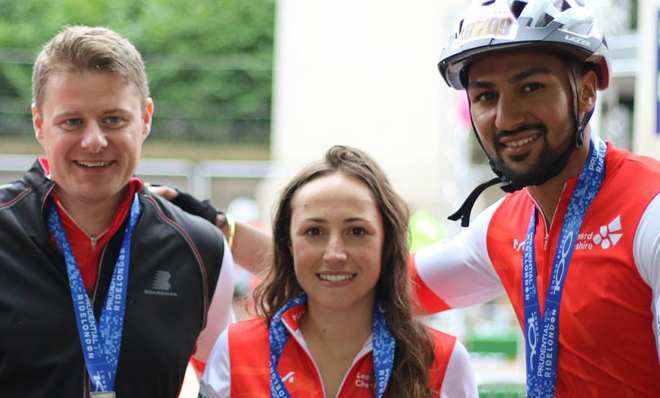 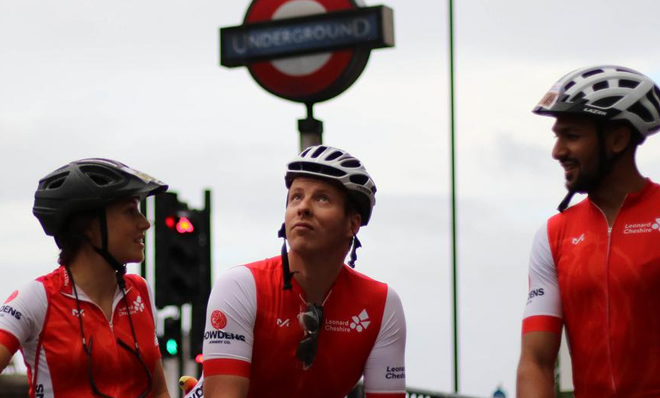 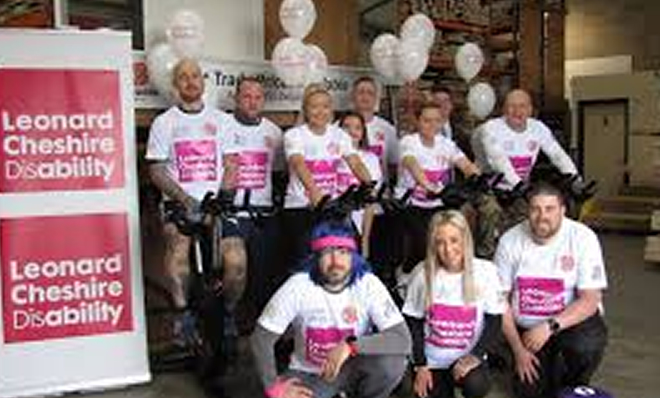 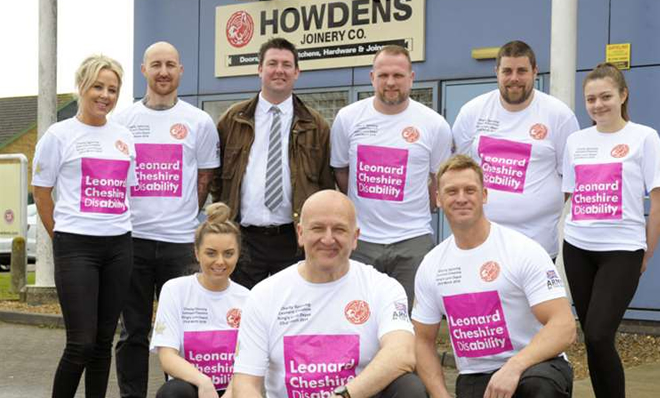 At the heart of their communities, Howdens colleagues have gone the extra mile to support the charities, local causes and clubs  close to their hearts. 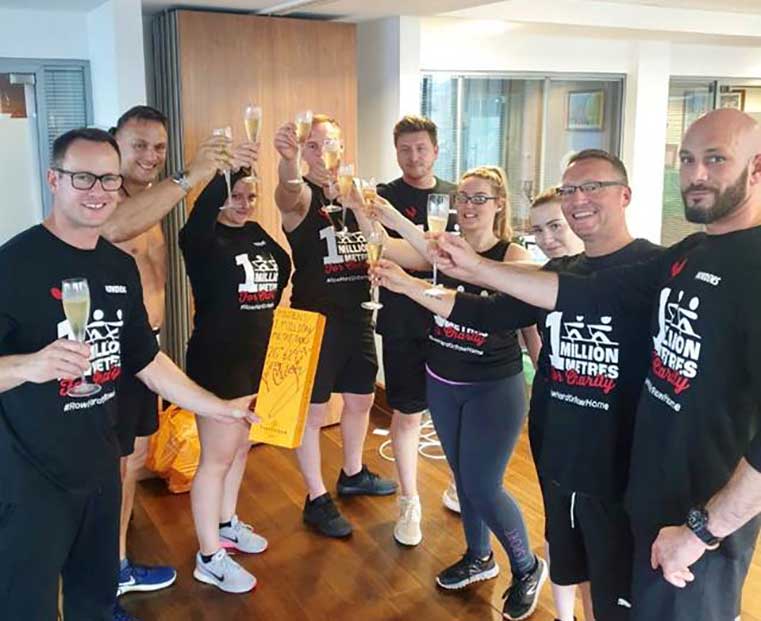 When Area Manager Ed Gregory’s daughter was successfully treated at Sheffield Children’s Hospital, it sparked an idea. “I remember thinking, ‘I need to do my bit to support this,’” he recalls. Ed’s ‘bit’ became an ambitious goal: to raise £100k over a ten-year period. He has so far generated £27,000 by taking part in the Three Peaks Challenge and Million Metre Row. Of the two, Ed says the Three Peaks was the hardest to complete. “It took more than 27 hours, but I would do it again if it meant raising plenty of money for poorly children.” 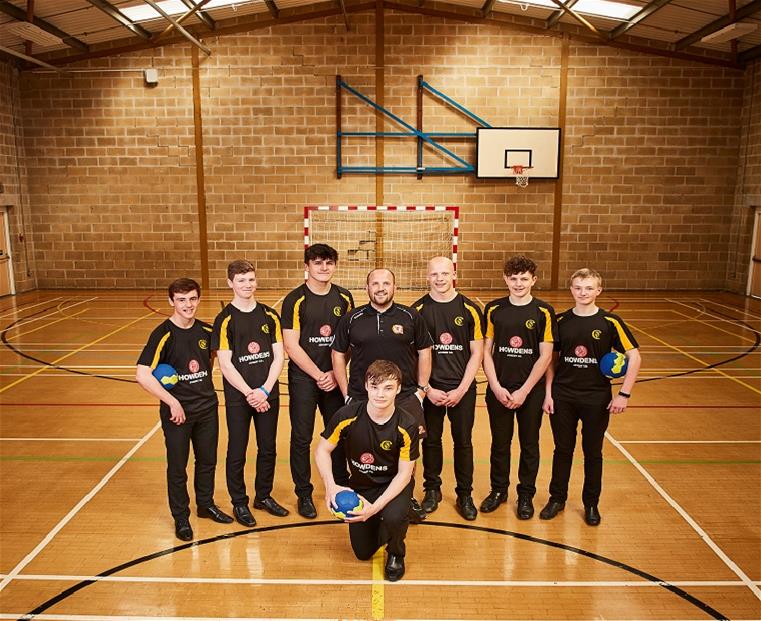 Glastonbury depot worker Nick Davey was excited when his son’s handball team was chosen to represent England in the esteemed Caban Cup. However, with the competition being held in Poland and new shirts needed, the Year 11 team was going to need help getting there and looking the part. Nick arranged sponsored shirts for the boys, and raised £4,000 overall. Once at the event, the boys competed against Poland’s most skilful teams, and placed eighth out of 15. The highlight? Winning the Best Goal award.

Harry’s Rainbow, a Milton Keynes-based bereavement support service, is close to Digital Merchandiser Claire Morse’s heart. “Having two young children myself the charity resonated with me, especially when a family friend died at the age of 36, leaving behind three small boys.” Claire became involved by joining the weekly running group, and a 10k race soon followed, as well as two half-marathons. Claire, who is based at our central office, has so far raised over £3,000 for the charity, which has been used to fund counselling sessions, support groups and fun days out. For her next challenge, Claire hopes to take on a daring climbing course or colour run. 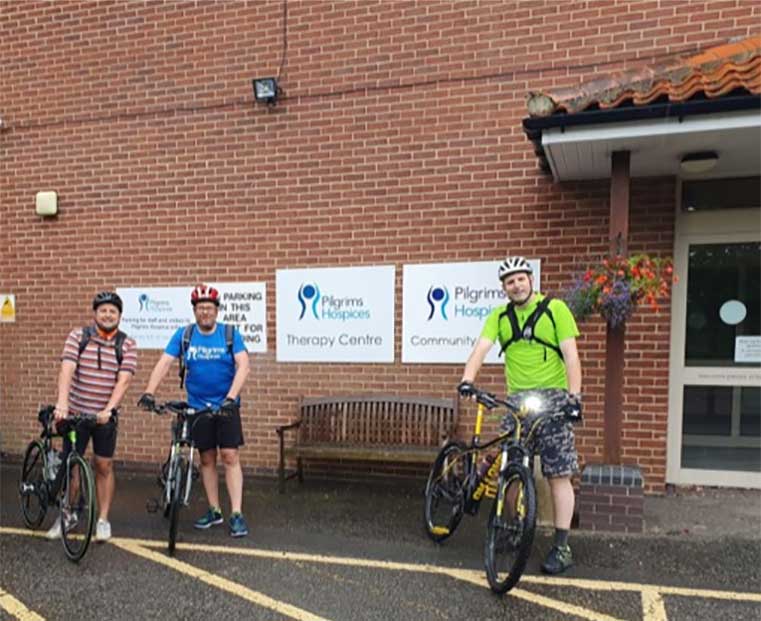 A bit of ‘damp’ weather didn’t deter three depot workers from completing a challenging bike ride. Matt Wilson, Karl Leach and Jon Goodson met early one Saturday to face the 41-mile ride ahead. Despite the conditions, they kept each other motivated along the gusty East Kent coastline, before arriving at Pilgrims Hospice in Margate to donate £450.00. Jon explains, “The services they offer make such a difference to people with incurable illnesses. Your donation DOES make a difference.” The trip also gave the trio time to catch up. “I thoroughly enjoyed it,” says Jon. “It felt like a proper joint effort to achieve something good.” 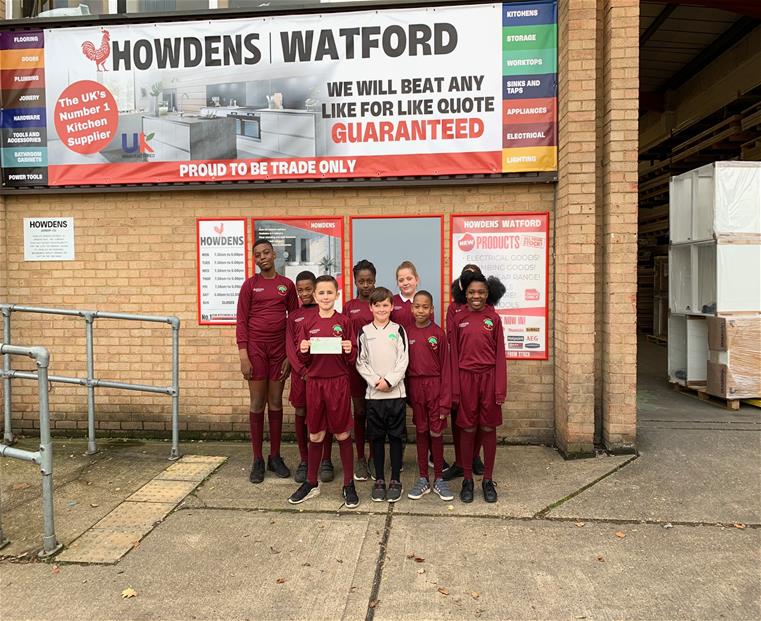 Holywell Primary School knew who to ask when they needed a sponsor for their football team. Having worked together before, the school contacted Watford Depot Manager James Clements, who was happy to help. He donated £800.00 to the school, who used it to purchase a smart maroon strip. The children visited the depot to thank James, and also wrote letters of appreciation. “The new school kits are lovely,” reads one. “When we play it shows all the difference,” reads another. James’ charity efforts continue, including a ‘Sponge the staff’ day in support of Watford hospice. 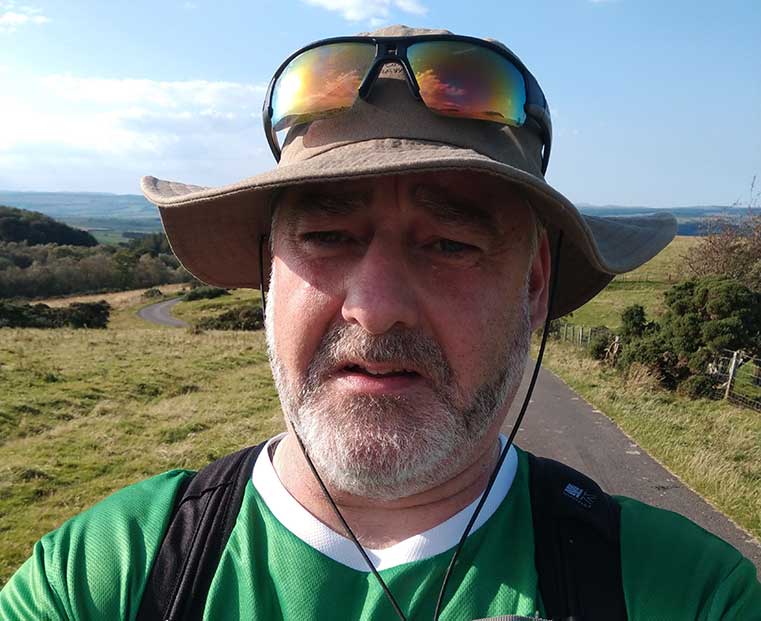 Stranraer Depot Manager Robert Hannay had a novel idea to boost fundraising for his Macmillan Mighty Hike. “I made a challenge to my staff and customers that if I raised £250.00 I would do the walk in a kilt.” They easily surpassed the target, generously donating £750.00 to Macmillan Cancer Support. Robert trained throughout the summer in the stunning Scottish countryside, before arriving for the event ready to go – kilt in place. Twenty-six miles later, he crossed the finish line and celebrated with a steak and chips. Robert plans to walk the hike again, although the kilt is “to be decided”.